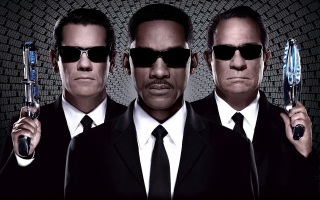 Well, I guess I was right to put on my skeptic hat for Men in Black III.  The film opens to a promising start as we are introduced to the main villain, Boris the Animal.  He’s a nasty looking guy with a needle shooting parasite-like creature that is a part of him.  While the film doesn’t exactly hit a home run with the gags, it rolls along okay, and watching Josh Brolin emulate Tommy Lee Jones was a real blast.  But once the movie reaches its climactic emotional point, the whole thing falls apart in the most contrived and ridiculously saccharine ending I’ve seen in awhile.  It also doesn’t make a lick of sense.  I’ll highlight the scene in question below with a spoiler warning, but the emotional payoff just ruins what could have been a somewhat interesting and worthwhile story.

The pacing of the film works pretty well, and while I didn’t find the humor to be very chuckle worthy, I thought the story was decent enough to keep me interested.  There are a few good laughs in here (the scene with “Andy Warhol” was pretty funny).  Every once in awhile something would come up that would be fairly amusing.  In terms of the story, aside from the ending I did have some issues with it.  For one thing, I felt J and K were able to get in and out of situations a little too easily.  Even at a point where we think the neuralizer (the gizmo that makes everyone forget what happened) can’t get them out of trouble, an alien friend steps in to easily take care of the problem.  This seems to happen frequently through out the film. 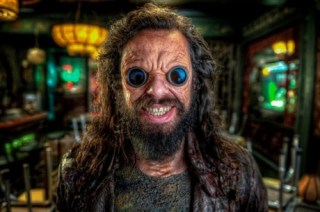 As for Boris the Animal, while he makes for an interesting villain, I never really got a sense of his presence hovering over the plot to create tension.  The attention is mostly focused on the relationship between Agent J and Young Agent K, but I never really felt the looming threat of Agent K’s death being foretold.  It’s brought up every so often, and Boris shows up every once in awhile to terrorize them.  But I never really felt concerned that K was going to die.  This is not the fault of Josh Brolin, who does an amazing job as K.  I think it is a problem caused by the ease in which the duo gets out of situations.  There’s no real threat or concern for what’s going to happen to them.

Boris is also defeated way too easily.  In what should have been a tense standoff between K and Boris, K simply shoots him, vaporizing him instantly.  Ho hum.

WARNING: MAJOR SPOILERS ABOUT THE END OF THE MOVIE…

The real problem with the film is the scene after the standoff with K and Boris that puts the nail in the coffin for this film.  K and J are breaking into Cape Canaveral with an alien named Griffin who has the ability to predict the future.  It’s 1969, and they have to put an alien artifact on top of the rocket going to the moon.  This artifact has to be launched into space in order for it to work.  Because of their destined paths to seek the truth, Griffin tells J and K they can’t use their neuralizers on the military police who apprehend them.  Instead when they are confronted with an African American military officer, Griffin touches the officer, who sees his future and suddenly decides he wants to help them.  As the two make their way to the rocket, J (Will Smith), asks the officer what he saw.  The officer says something rather obscure but doesn’t have time to explain.  At the very end (which takes place on the beach right near the rocket site) before Boris and K stand off, Boris kills the military officer.    After K kills Boris, a 5 year old African American boy sitting in the car off in the distance on the beach, runs over to K and asks him where his daddy is.  The boy not only turns out to be the military officer’s son, it’s Agent J as a child.  Agent J watches this whole scene from the distance, as K tells the boy his father is dead.  He then uses the neuralizer on him and tells the boy that his father was a hero.

I know I’m missing a few things there, but that’s basically the scene.  It’s ridiculous.  For one thing, there is literally no set up about J and his father.  J makes a joke early in the film that he played catch with a wall because his father was never around.  Because J was neuralized as a child he probably assumed his father abandoned his family.  But whether or not J has father abandonment issues, the joke is all the information we get about his father and the issue never comes up again until the end of the story.  It’s also supposed to be the penultimate scene for K because this was the event in his life that supposedly turned him into a curmudgeon, because he had to lie to a child about his fathers death.  He’s 29 years old at this point in his life.  He’s young, and flawed.  Would anyone put it past him for him to have himself neuralized so he can forget it ever happened?  Yes, there are moral consequences to doing something like that, but if the event changed him that much and put him in that much pain, what’s to stop him from taking the easy way out?  And even if he chose not to, if it started affecting his job, whose to say that somebody at MIB headquarters wouldn’t have neuralized him so he could forget it and move on?  It just doesn’t add up.

As far as coincidence is concerned, because this is the MIB universe, in a cosmic sense its somewhat plausible that K would meet J as a child.  But making the child turn out to be J just makes the scene all the more saccharine and over the top.  I can feel the hands of the filmmakers trying to rip into my emotions, and because of that the scene comes off as being completely manipulative and contrived.

And the last thing is…what is a 5 year old kid doing in a car by himself on beach near a dangerous rocket thats about to launch?  If his father is on duty, why the hell would he leave him out there in a car in the Florida heat by himself?  Where’s the kids mom?  The whole scene logically makes no sense.  It’s really piss poor writing.  This is the penultimate scene in the entire film, and the whole thing just crumbles because of it.

It’s really a shame too.  Despite the movies flaws I was still able to go along with it okay up until the very end.  But the emotional payoff to the story is just phony.  If you really need a reason to see this movie, go check it out for Rick Baker’s fantastic alien and animatronic creations.  Otherwise, this is one you can easily skip.